The results are in, and demand for architectural flat glass remains strong. Four of the major float glass suppliers in North America are publicly traded, and net sales among those companies either edged up or remained at high levels in 2018.

Mexico-based Vitro Glass, which operates what was previously PPG’s flat glass business, recorded an 8.1-percent increase in 2018 compared to 2017. The company saw a 10-percent increase in architectural glass sales in its large foreign subsidiaries segment, which includes its U.S. business.

Vitro credited that success to “greater volumes and better product mix,” noting that its new jumbo coater is operating at over 50 percent and that its recently revived furnace in Carlisle, Pa., is almost back to full capacity following a fire-related shutdown. However, Vitro CEO Adrian Sada Cueva said the company “in the U.S., continued to experience lower margins from increased competition as we reestablished our full capacity” at the Carlisle plant. He added that Vitro remains “fully focused on regaining and maintaining our market share” moving forward.

AGC Glass, based in Japan with subsidiaries throughout the world and in North America, saw an overall increase in glass sales from 2017 to 2018. However, its flat glass revenue in the Americas region was virtually unchanged year-over-year. The company also reported a downturn in profitability in the North American market due to a change in sales mix.

AGC expects its overall sales and profits to increase in 2019, according to its most recent financial report. It aims to reduce its production cost through improvements in productivity, which is a common theme among manufacturers.

Global building materials firm Saint-Gobain saw a 2.4-percent increase in sales in 2018 compared to the previous year, though its revenue in flat glass remained unchanged. The company’s like-for-like sales, which excludes any divestments, acquisitions or expansions, improved 4.4 percent. In North America, Saint-Gobain’s like-for-like sales increased by 6.2 percent, and that region represents 13 percent of the company’s overall revenue.

Japan-based NSG Group, which is known as Pilkington in North America, is now operating in the fourth quarter of its 2019 fiscal year. According to its third-quarter financial report, the company projects a 3.2-percent increase in revenue for the year ending March 31. Architectural glass in the Americas regions represents 10 percent of NSG’s overall sales.

NSG reported “strong demand” in North America last quarter, stating in its most recent report that it “benefitted from the full operation of the Ottawa (Ill.) plant and a buoyant domestic market.” Like Vitro, NSG/Pilkington also had an extended unplanned plant shutdown in 2017. The latter’s was due to a tornado, and the company restarted production late that year and in early 2018. 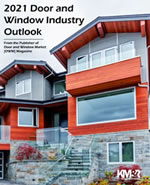 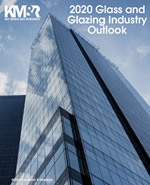